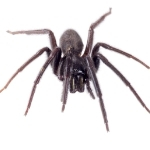 Personally, I have a healthy respect for spiders. They hunt bugs inside the home and generally keep to themselves. So why do most people insist on killing them? Are they really pests or do they simply give us the heebie jeebies.

For many home owners, there are generally two reasons for getting rid of spiders:

Spiders are quite shy, it’s not ofen you’ll see them scurrying around your home in the middle of the day, instead opting for hunting while you sleep. Most spiders will spin their webs and remain there awaiting its prey. On the other hand, the huntsman spider does not make webs and will roam your home in search of its next meal.

Spiders can be a tricky pest to get rid of from our homes. They have this ability to get in through anything and it’s almost impossible to keep them out. However, there are a few things we can all do to prevent spiders from coming indoors and help keep them under control.

The most practical method of spider control is regular cleaning. To prevent spiders from building up in numbers we should clear away all existing webs and spiders from inside and outside the house.

Although it’s unlikely that you’ll be able to keep every single spider out of your home, there are a few steps you can take to minimise the risk:

These are just a few simple solutions, however they’re not bullet proof. For guaranteed longer term results, speak with your pest control specialist in Cairns for expert advice and assistance. 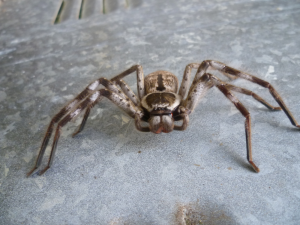 Protected by MDB and reCAPTCHA